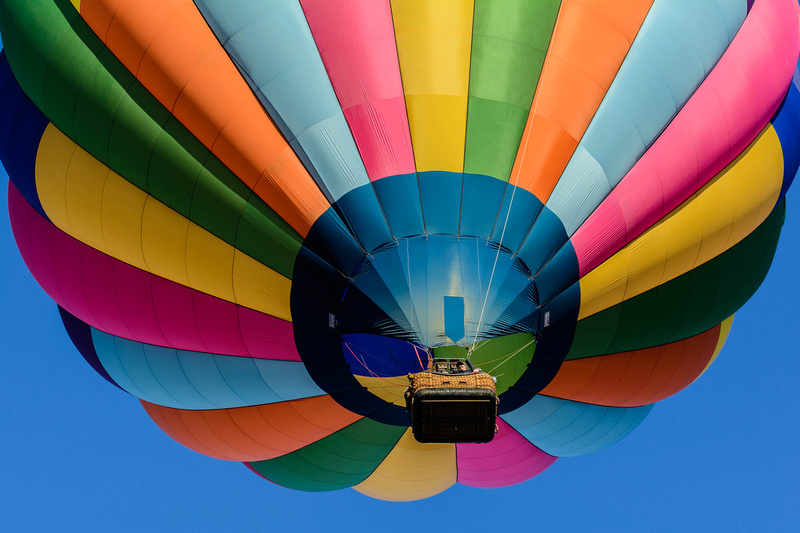 Have you ever been to Winthrop, Washington on the North cascades ? It is a beautiful little town on the cascade mountains, East of the cascade range. There is a Hot Air Balloon festival that happens during the first weekend in March every year. Around 40 to 50 balloons take off in the morning and it is a colorful scene to watch. It is cold up there and the ground is generally covered in snow and ice during this time, of the year.  I have been to this festival last year and witnessed the event. They plan this an year ahead, but several climatic conditions needs to be satisfied in order for them to fly. The sky should be clear with no or little clouds, the wind speed must be less than 5 miles. They inflate the balloons before the sunrise and they go up in the air around the time when Sun comes up in the horizon. They fly for around one to two hours and come back to the ground when the sun becomes hot. You could drive along north cascade highway ( WA 20 ) to reach there from Seattle. But, that highway is closed in winter, and it is not open until end of march.  So you have to drive through Lake Chelan along  a long  route, from Seattle -> Leavenworth -> Lake Chelan -> Winthrop. It is a long ride, but it is worth the effort.

What is interesting about the picture showcased here ? It is the perspective, you look at the same balloon from different angles and at different distances, you get different images.  I find the balloons very colorful with contract n colors a nice object to photograph.